Following a 14-day visit to the UK, the United Nations’ special rapporteur on adequate housing Raquel Rolnik, issued an end-of mission press statement[1]. The statement included recommendations for the UK’s social housing welfare reform (known to opponents as the ‘Bedroom Tax’). Researched and submitted according to UN protocol (Guardian, 2013a), the advice was however vehemently rejected by the UK government. The rapporteur’s personal and professional credibility were then attacked in the media and elsewhere[2].

As quickly as attention has switched away from this episode, it offers us a snapshot of the media landscape in which trash, in the form of dispensable news and information, is merging with opinion and political rhetoric. In today’s changing topologies, new methods for delivering data are also conduits, returning us to sites which disperse products, in exchange for money and – potentially – free labour. The Formamat[3] - by Kripe, Schraffenberger and Terpstra – investigates the value individuals place on data they have stored on their mobile devices. It is a vending machine, “…which returns candy in exchange for the deletion of [an individual's] digital data”. The authors “…invite people to experience the joy of deletion in a public space and encourage them to think about the value and (in-)dispensability of their files while also researching the subject in a broader sense by storing and analysing their deletion-behavior. ” (Formamat.com, 2013)

After the passage of only two or three years, The Formamat can be seen to capture an ambiguity in our evolving relationship with data; already an unexpected revision can be seen in a new question: not which, but whose files are going to be deleted?. Taken together with the Internet’s long memory (from the Way Back Machine[4] to playfully macabre, assisted Facebook-identity suicides[5]), this observation underlines the attention now being given to choice and ownership of data. As the pervasive and (in)dispensable capacities of data are recognized, we are seeing verification, trust and identity increasingly as matters of concern to us all.

These are also issues in Git, the source code management (SCM) software written by Linus Torvalds and designed to address technical and social issues arising in the Linux kernel project. Git is a ‘directory content manager’ (Ubuntu, 2013) which offers revision tracking of changes, so that a project can at any time, be rolled back to a prior state. Git uses a distributed model – where network access is not a necessity. Version control can record discrete visual objects, data constellations and visual images of developer activity (i.e. a project’s organizational underpinning and the inter-relations that go with it)[6]. Issues of governance are also dealt with in creative projects which utilize and discuss version control. Simon Yuill’s Social Versioning System[7] and Matthew Fuller and Usman Haque’s Urban Versioning System 1.0[8] concern the relevance of Free Software principles to consensus and co-operation in design practice.

Whilst in adoptions of Free Software studied by Shaikh (2012), no particular ‘openness’ can be assumed, Free Speech values have been intrinsic to the development of Free-Libre Open Source Software (Turner, 2006). These influences are evident in the Debian Linux Project’s protocols and in conduct embedded in Wikipedia (Reagle Jr., 2011). Kelty’s ‘recursive geek publics’ (2008) and Warner’s ‘counterpublics’ (1999) may be helpful in understanding the cohesion that exists within these communities. In Wikipedia the interdependence of social and technical apparatus is clear as disagreement is managed across multiple versions in software. Where the Unassailable Viewpoint comes into relation with the Neutral Point of View, ‘archiving evolution’ and ‘adaptive ethics’ systematically aim to prevent damage and encourage discussion. (Heath Cull, 2011)

Beneath the Street, the Network

Such reflexive activities bring images of social cohesion and community integrity into focus. More overtly political formations (such as Anonymous and Occupy Wall Street) envision identities beyond those of public friend or foe. In the encounter between these and primarily online communities, a firmament of politics and identity shows Free Speech and Anonymity connected. Meanwhile, revelations about state surveillance demonstrate that anonymity is not an essential aspect of digital networks. Moreover, networks are typically submerged. Cloud computing and Software as a Service are geared to providing easy to use interfaces for collaboration and sharing, in a way which belies the real availability of data. Ted Nelson’s invocation, “you can and must understand computers now!” (Nelson, 1974) is renewed by under-reporting in the media (Guardian, 2013b).

New platforms allow recursive representations of existing creative forms. Re-versioned political slogans and insider nods to Situationist imagery issue from anonymous channels, are stored at ‘deviant’ locations[9] and are then absorbed into the melee involving Internet memes and personalities[10]. The knowing winks imply this is a party not everyone is invited to (though of course, everyone wants to play!)[11]. The impact of social media – and its reflective potential – receives further validation through public acquisition of artworks (such as The Cybraphon[12]), through Wikimedia outreach projects[13] and in software which measures the public mood via twitter and the blogosphere[14].

Across diverse networks algorithmic interpretations gather meaning from the mess of communication, using keywords and metrics on an industrial scale:

“…linear texts come into being as the result of a gesture called ‘grasping’. Grasping involves a translation from representations into concepts… The result is a conceptual universe of texts, calculations, narratives and explanations, projections of an activity that is not magical.” (Flusser, 2011:9)

By contrast, Anonymous forms do not lend themselves to analysis, their direction being to circumvent and override as much as possible. What the associated memes and 4chan interactions do present us with however, are collaboratively made, creative network entities; In the changing dynamic by which these materials appear we see new conventions being worked out. Overloading standards of taste and acceptability are stimulating alternatives to the ordinary narratives of conflict and resolution.

Overload gives rise to easeful interactions which go against any suppose disconnection between the Internet and Real Life. In TPB:AFK Pirate Bay founder Peter Sund explains assuredly to a Swedish courtroom, “We don’t use the expression IRL. We say ‘Away from Keyboard’. We think the Internet is for real.” (TPB AFK, 2013). In this documentary, which follows legal action taken in Swedish courts against the Pirate Bay founders, prosecutors denounce the ‘criminal organization’ they say is dedicated to amassing vast private wealth. Whilst the motivation and affiliations of the the Pirate Bay trio have remained opaque to prosecuting authorities, in the film, the question which achieves vital significance is “Who do you trust?”. This may be one point around which ‘easeful’ interactions revolve.

In these overloaded forms of representation which we see entering mainstream narratives, a kind of collective and competitive vandalism is esteemed. The multiplicity of voices – for which the expanding net has become more lightning conductor than conduit – increasingly provides its own self-fulfilling cycle of news, serving 24-hour comment and analysis for comment and analysis.

A re-writing is under way in which messages combining text and images produce networks within networks. They become the mutable containers of doubt and disinformation, of ill intent and ignorance.

Social media has refreshed the status of the Internet troll, but the nuanced subterfuge of spreading Fear, Uncertainty  Uncertainty and Doubt[15] looks now merely the preserve of some long-gone gentle sport. Flames, defamation and libel have become the norm. The specialized rules of email etiquette have evaporated. In the merging of media, products and social interaction, trolling itself has gone viral; self-validating intercourse has been upstaged by social-media-sanctioning broadcast-media discourse – tomorrow, your network may be the target[16]. In proceedings against the Pirate Bay a continuing game of cat and mouse has been played. Plaintiffs and defendants become complicit partners in a mystifying game of hide and seek. In this play, data appears to transfer seamlessly across frontiers, before reaching new data housing facilities (the implacable fortresses of this age).[17]

The fixation on data and hardware objects; the advance of our litiginous cultures – it may be that these elements contribute to conditions in which bullying can be blended into the landscape of human interactions. As much as hardware and new platforms may enable discourse, they also become the sites for abuse where differences between trolling and bullying easily merge.

During 2013 in the UK, a number of women in the public eye (among them MPs, campaigners and journalists) have become the target of insults and threats intended to silence their contribution to public discussion (Guardian, 2013c). Often these communications have been sent via twitter. In probably the most high profile case so far, this came after a successful campaign[18] to have the Bank of England print – for the first time – a female historical figure on its banknotes. Online, the equivocal status of networks is evident where ‘trash-talk’ in gaming turns to harassment and ‘ gamified misogyny’ (New York Times, 2013). In the competition for kudos, questions about the liberating potential of the Internet abound.

This identity fetishism promises certainty in a moment of profound uncertainty and harks back to a time in which physical media appeared more present than today; it is a moment where in many ways, absence may be more desirable than presence. The contradiction in interfaces is that in the moment they renounce claims on materiality (Co.Design, 2013), they retain the ability to expose us to actual and perceived threats[19]. Trolls revel in their ability to circumvent blocks, adopting new identities or labelling messages in ways so that they reach targets indirectly[21]. In the face of this melding together of anonymity and Free Speech, campaigner Caroline Criado-Perez ultimately chose not to observe the old advice of ‘do not feed the trolls’, but to delete her twitter identity (Guardian, 2013d).

In a broad sense, and in different domains, we are now seeing truth and responsibility increasingly under review: In the push to deliver up to the minute news, the sources and verifiability of content are an ever more present consideration. In concern for information ethics, in public and private domains, questions of accountability and trust – the veracity of versions – are paramount.

Though in software developer communities project forking has seen an upturn in its reputation, in some respects the proliferation of new cultural versions is problematic. The controversies around Wikileaks’ internal governance – far more that being positive examples of innovation and overflow – reflect transgressions of protocol which have led to the breakdown of trust. This has also been seen in disagreements between WikiLeaks and The Guardian newspaper over journalistic principle, if also different versions[21].

Post-irony for a Post-Digital Present

Participation has become one of the new watchwords for the web. As much as it also applies to images (subject to dissection and distributed storage across the Internet), the metaphor of the network is now universally applied to human collaboration:

“Anonymous is a series of relationships. Hundreds and hundreds of people who are very active in it – who have varying skillsets, and who have varying issues they want to advance – these people are collaborating in different ways each day.” (BBC, 2012)

But exchange in networks also produces trust (and meaning) as repositories for doubt.

“…since images are two-dimensional the representations in them form a circle, that is, one draws its meaning from the other, which in turn lends its meaning to the next. Such a relationship of exchangeable meanings is magical.” (Flusser, 2011:9)

Agent-memes now turn to the street: 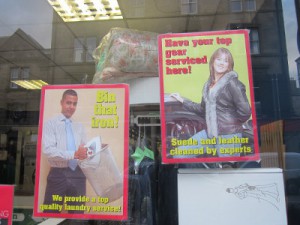 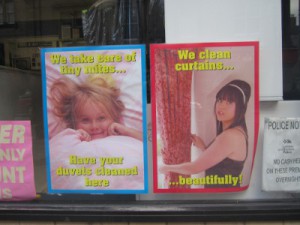 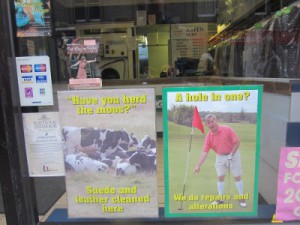 [19] “I felt like the chat box could see me through the computer screen.”The UnSlut Project: how sexual bullying ruined my childhood [WWW Document], URL http://www.theguardian.com/society/2013/sep/21/unslut-project-against-sexual-bullying (accessed 9.29.13).

Flusser, V (2011) Into the Universe of Technical Images Minneapolis : University of Minnesota Press

Guardian (2013b) I fear the chilling effect of NSA surveillance on the open internet [WWW Document], URL http://www.theguardian.com/commentisfree/2013/jun/17/chilling-effect-nsa-surveillance-internet (accessed 9.29.13).